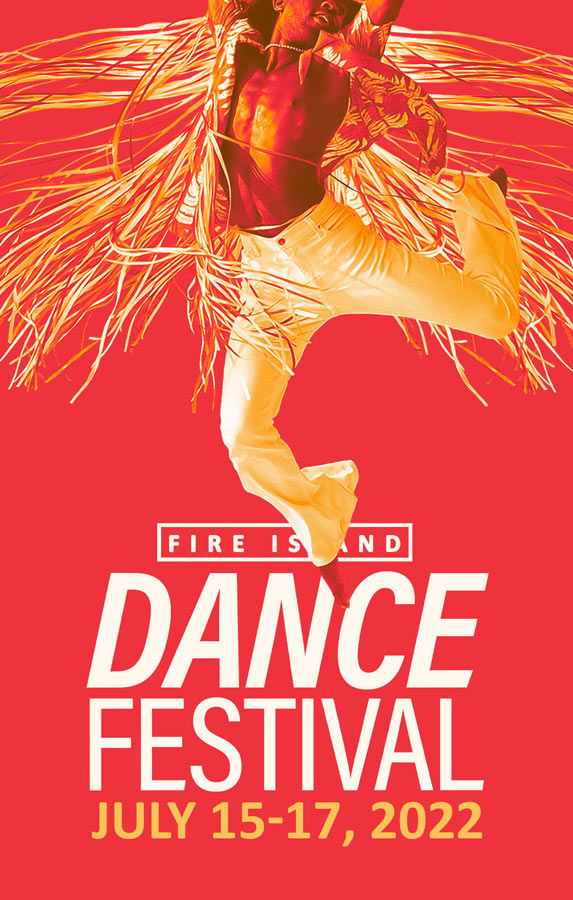 Festival favorite Caleb Teicher and Abdiel, former principal of the Martha Graham Dance Company, created All of the Above, None of the Above, the festival’s first non-binary duet. Lindy-Hopper Teicher and “Hustle Evangelist” Abdiel shed the restrictions of traditional suits to reveal colorful sundresses before ultimately unveiling glittering, skin-tight jumpsuits, a visual metaphor for casting out barriers that keep their inner light from shining. In costumes meticulously engineered by designer Eric Winterling, the duo wowed with a social hustle number that amplified its gender-expansive disco roots. All of the Above, None of the Above was created with generous support from Legacy Sponsor The Charles & Lucille King Family Foundation in memory of Diana King.

There is no upcoming events.
< BACK TO EVENTS