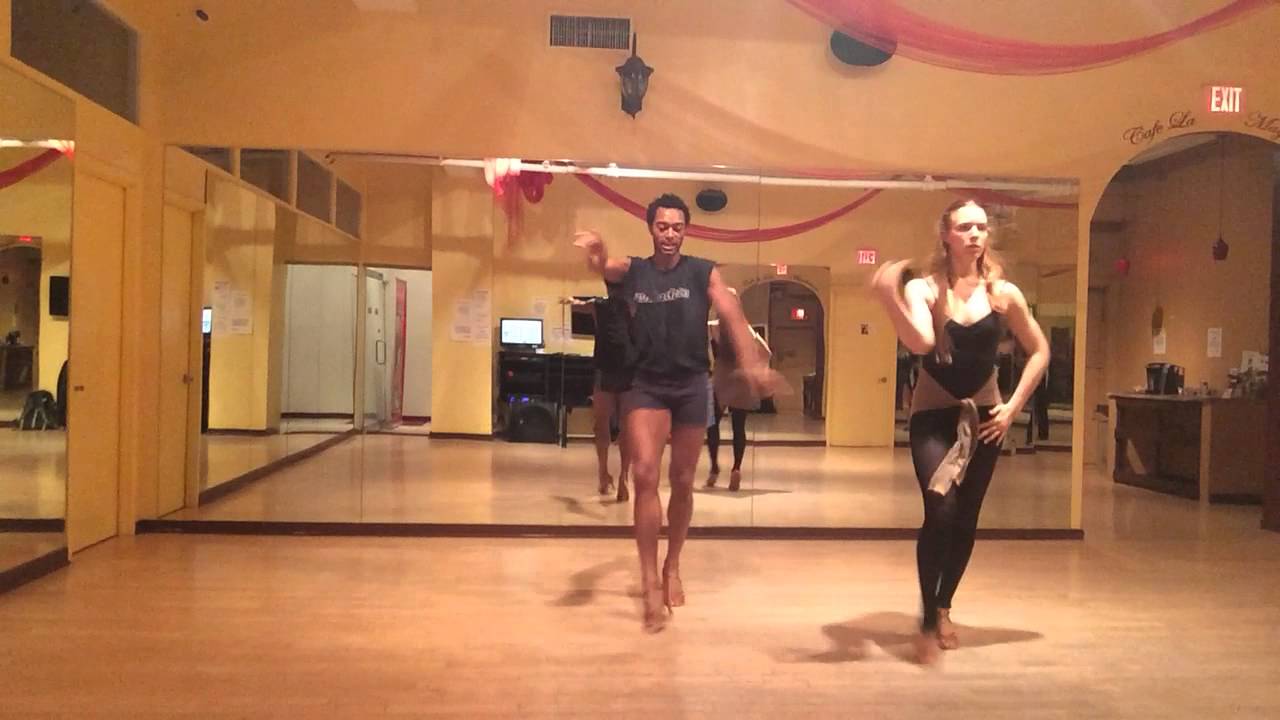 I can’t help but to fixate on the scene in the movie “The Bandwagon” in the last big dance sequence where Fred Astaire stumbles into a night club with mobsters and gangsters when he catches the attention of the the alluring Cyd Charisse sitting at the bar. She undoes her jacket revealing her seductive red sequin dress and saunters to Fred with that piercing gaze. He grabs her and the alarm goes off. With a kick there and a twist here, her legs are on fire! I just can’t take my eyes off her, no matter what partner (Fred Astaire, Gene Kelley, Ricardo Montalban) she dances with in any of the many dance pieces she’s done. It might as well have been me, not Gene Kelly, in the nightclub scene in "Singing in the Rain” where Cyd is dressed in an emerald green dress enticing him. Those legs seem to coil around my body and reel me in each time. It didn’t end with her though. Watching Cyd Charisse in films was just the beginning of my leg obsession. Tina Turner, Chita Rivera, Gwen Verdon, Shirley Mclaine and so many epic showbiz dance divas were unapologetic with flaunting their verticality in my face, exposing their legs to maximum capacity.

After a while though, I caught on. Women had discovered some kind of super power that lies within the legs and they patented it. With stockings, fishnets and panty hoes, they accentuated them. With leotards, mini skirts, high slit dresses, they featured them, and with high heeled shoes, they perfected them. No doubt leg expression is a significant part of the female entity in our time. My question is, why wouldn’t men want to tap into this incredible enterprise of extraordinary legs?

Perhaps it’s a conspiracy of objectifying women. Nowadays, the most you see of a man’s legs exposed is from the knee down as men's shorts typically don't expose much of the quadriceps. In fact, probably the only chances you’ll get to see a man’s leg fully exposed in public while still asserting his “masculinity” is body building and sports. I, as I'm sure most men, don’t recall ever thinking during puberty and adolescence years that I was eventually gonna have to shave my legs. Facial hair yes, but anywhere else, no. I have two older sisters and I do remember though, them having to undergo this right of passage into young womanhood. What kind of razor to get, the right shaving cream to buy, watching the Nair and Venus commercials on tv with the beautiful silky smooth legs of the ladies being advertised and my sisters having no choice but to conform. Girls with hairy legs, ewww! There were no commercials or advertisements I have seen on TV with men shaving their legs...

Exposed legs is a common conversation women have with themselves. It is a major entity that separates men and women. The very fact that women shave their legs to look more “attractive” and men don’t since men don’t have to expose their legs in public, or simply are “allowed" to bear body hair, is an obvious testament that women are objectified. Women’s legs are a sex symbol; beautiful, fragile and smooth objects that men get to lust over, while men's legs remain a symbol of power and strength since they are shown in conjunction with rigorous physical activity. Wrong again society! After now walking long distances and dancing in high heels myself, I could never view a women dancing in heels as anything but powerful; sensual yes, but dainty, nevermore. I am finding that it takes a different kind of strength and endurance that I’ve never discovered before with my legs when moving in high heels. My curiosity continues to grow. I want to join this enterprise of leg mastery. I took my new ladies latin heels to the ballroom studio to practice in them.

Video of Kelsey and I practicing basic Cha Cha step.

In the video above my professional dance partner, Kelsey Burns, and I are demonstrating the two most basic steps in the Cha Cha; the lock step forward and backward and the side basic or chasse. You may have noticed that I’m wearing short shorts (booty shorts). I wore them because I wanted to see the activity of my legs. I constantly stress to my students about the importance of activating the different parts of the leg muscles for balance and strength so why not scrutinize my own. How ironic though that Kelsey decided to wear a full body tight that day. That wasn’t planned. You get to see us switch roles: a man with fully exposed legs and a women with her legs covered yet both dancing in the same high heels the same dance step. This, by the way, is a scene you will never find in a ballroom studio! I have taught in over fifteen ballroom studios and have never seen any man expose his legs or wear short shorts while practicing or teaching, let alone wearing ladies Latin heels. However, it’s very common you will see women’s legs exposed as mini skirts, short shorts, high slighted practice dresses are popular and actually encouraged to practice in. You think it's a conspiricay yet?

I wonder: Does having my legs exposed take away my masculinity in the movement? Does it make me look more sensual? Watching Kelsey dance with covered legs, does that reduce Kelsey’s femininity? Dancing next to a man with exposed legs, does it make her look stronger or weaker? In this next video, I’m doing a basic Rumba (American) box step in open facing position and closed position and the cross body lead. I’m the leader and Kelsey is the follower. What do you feel?

‍
I’m gonna be honest with you. I enjoyed showing off my legs in the studio. I tested my abilities and started doing fast footwork patterns, spins and turns, kicks and lungs. What can I tell you? I’ve always wanted to see Tina Turner reincarnated into my legs. It was funny too how everyone’s face was either intrigued or confused to see a man in booty shorts and ladies latin high heels. There were several advanced Latin Ballroom couples and professionals practicing on the dance floor (the main practice space is shared in a ballroom studio) and one of the couples, a woman from Russia and a man from America, approached me afterwards. The man was surprised by my ability to dance well in high heels and admired my leg strength as he kept saying, “Man, your leg muscles are so strong!” His partner, however, wasn’t as enthusiastic. The first thing she said to me was, “So you must be trying out for that show on Broadway where the man dances in heels. What’s it called…Kinky Boots!” I told her that I wasn’t trying out for that show and that I was just practicing Latin dance technique and patterns in heels because I want to learn and experience how it feels so that I can understand better how to teach my own students who dance in high heels. She was okay with that but then when I went on to also explain more about the project I’m working on with gender roles in dance in relation to specifically high heels, she became reluctant. I told her how the ballroom dance world is very narrow minded with its view of gender roles when it comes to expression. She said, “I agree with some of the things you say but also disagree. I feel that the ballroom world is quite open and free and especially in NYC where it is more liberal.” I beg to differ. She may not have felt that the ballroom world needs to be challenged in its mindset towards gender roles but the very fact that the first assumption she made when seeing a man practicing in high heel shoes (and booty shorts) was that he must be trying out for a show featuring a drag role with men dancing in heels dressed as women, is an obvious example of her limited perception. Indeed, the ballroom dance world is narrow minded for this very fact that I can't walk into a ballroom dance studio with ladies latin heels on (in the performance/competion floor it would be illegal) without being looked at as a crossdresser. Immediately when a man is in high heels he is stereotyped as effeminate or trying to look like or be a women. When I was practicing in my high heels, I was not at all trying to “move like a woman” nor like a man for that matter. That didn’t even cross my mind. I was focused on simply the movement. Where does the power and strength come from, lifting and engaging my core continuously like a blender generating constant energy inside, using the back to guide my upper torso and arms, pressing into the floor to remain grounded; the same principles both men and female must practice in their dancing. This is what we should be focused on; the feeling, the intention and the sensation of the physical body. We are so concerned about being and looking like either a woman or man by the superficial outlayers we put on ourselves (especially in the ballroom world from what I’ve experienced) that perhaps we have forgotten more of the deeper inner landscaping that makes us human. I’m not at all denying the beauty of watching a man express his power in relation to a women expressing her sensuality, I simply feel that that shouldn't be the only option, the only picture. Why not mix it up? Why not see a man express his senuality in relationship to a women expressing her power?

So I love seeing exposed legs and it will probablly remain the body part that most appeals to me. Let's not deny it. Toned, long legs are insanley attractive. I've worked hard to get the leg definition I've aquired. I just want to show their glory without being marked as an exhibistionist. Apparently I'm some kind of anomaly to the equation of a man.

Pictures of Tina Turner and those legs of hers! 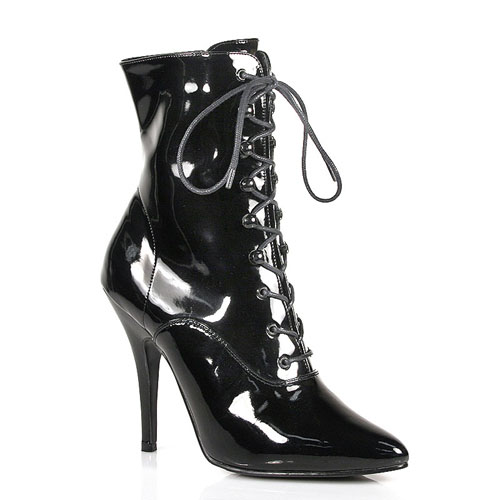 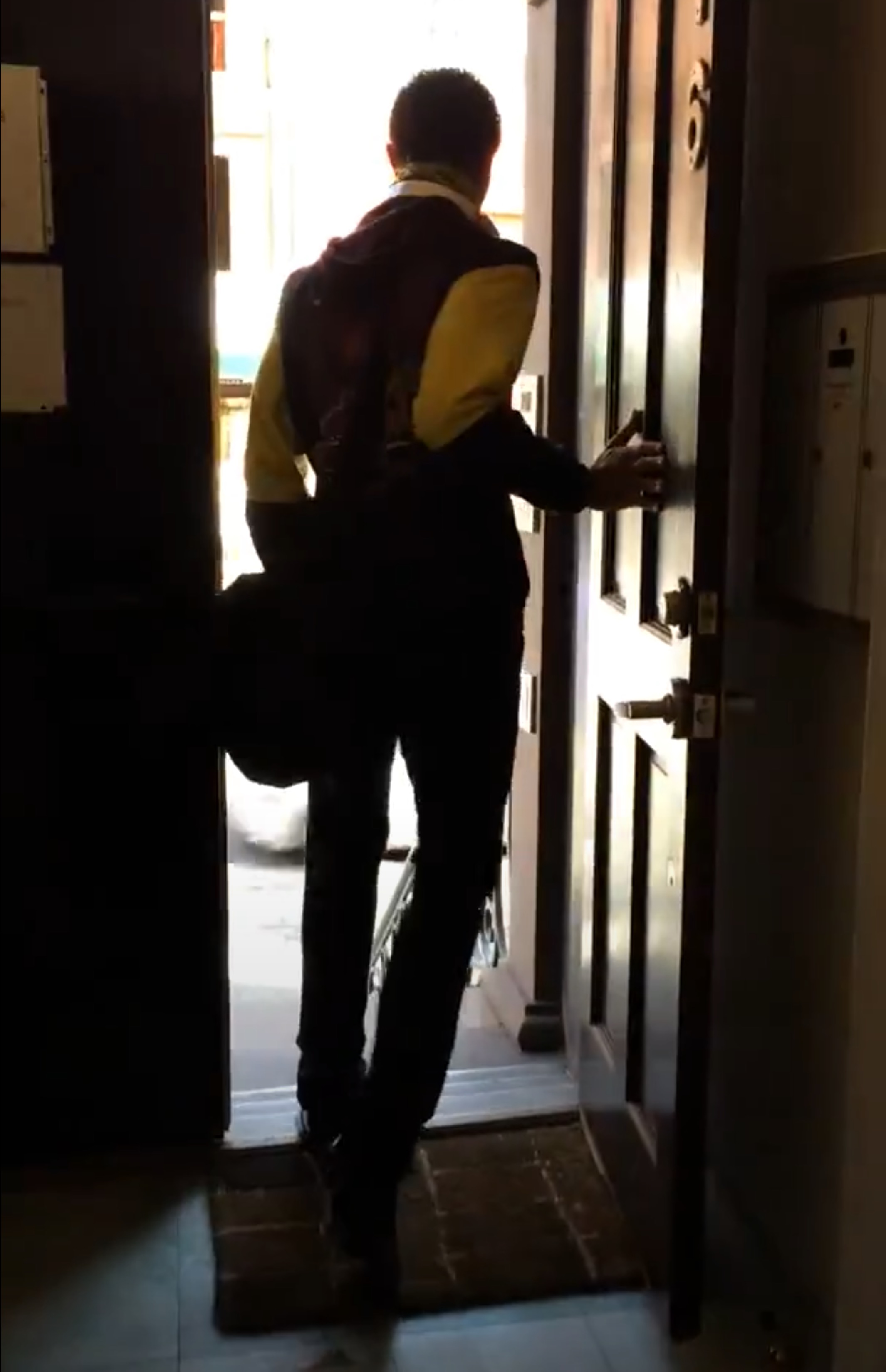 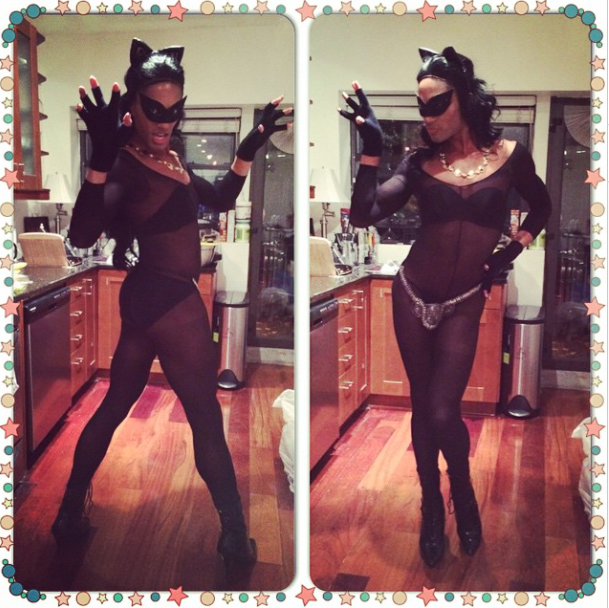